Folklore is a complicated topic.

It’s complicated because, contrary to popular belief, it encompasses many different things, and its definition often seems to be amorphous and ever-changing, depending on who you ask.

However, to give you one common definition, folklore is the collective stories, customs, traditions and beliefs of a group of people, usually passed down orally (and informally) over generations. That sentence doesn’t quite do the topic justice, but it’s a start.

Now, before I really get into Paranormal Folklore, I wanted to go over a few key points and possible misunderstandings about folklore in general.

Folklore includes all sorts of things: Stories, yes, but also music, rituals, jokes, poems, superstitions, customs, artifacts. It’s about the cultures of various folk groups around the world, each with their own unique folklore. You and I are, like everyone else, part of many different folk groups. But in this case, we’re interested in only one.

2. Folklore doesn’t have to be fiction

Some may have the idea that all folklore is inherently false, that folk tales are always just traditional stories or urban legends. While this may often be the case (and, to be fair, folk tales usually are understood to be fiction), there are many times when folk tales evolve naturally from something that was originally true. Often, nuggets of truth exist in even the most outrageous stories.

3. Folklore doesn’t have to be old

Folklore is all around us, all the time. It’s always being created.

4. Folklore vs. Urban Legends vs. Mythology

Folklore, as we’ve established, is the collective culture of different folk groups. Urban legends, while a part of modern folklore, are strictly folk tales (or stories), often portrayed as true, that usually involve elements of horror or the macabre. I file Creepypasta — today’s digital incarnation of the folk tale — under urban legends.

Mythology, on the other hand, typically involves creation myths and religious traditions. They’re stories that attempt to explain the origins of a group and the world they inhabit, and in many cases are viewed as sacred.

What Is Paranormal Folklore?

Taking in all of the above, with this website I intend to research and share the folklore of the paranormal. The paranormal community, their stories, their tools. The culture that has grown out of paranormal investigation, Ufology, and Bigfoot hunting. The myths and legends surrounding paranormal creatures, and the local folk tales about unexplained phenomena and other high strangeness from areas around the world.

I’ve documented these things sporadically over at my other website, Stranger Dimensions, but here we’ll focus less on actual (and allegedly real) accounts of paranormal activity, and more on the origins, history, and culture behind those accounts. However, we’ll also delve into what you may call paranormal studies — things like how to use a Ouija board, or what goes into a proper paranormal investigation.

We’ll look at the context behind certain eras of paranormal interest — such as Spiritualism during the 1880s and early 1900s, or the rise of UFO sightings in the 1940s and 50s — and, more importantly, how changes in the world around us may impact our paranormal beliefs.

We’ll look at some paranormal fiction, as well — books, movies, television shows — as well as music, creepypasta, urban legends, and other aspects of popular culture.

Finally, it should be said that this website does not exist to draw any conclusions, only to share folklore and information about the paranormal as it is viewed through the eyes of those who believe in it, or who are otherwise a part of the paranormal community. It’s meant only as a resource of various paranormal topics and activities.

Whether or not you choose to believe the topics referenced within, well, that is up to you. 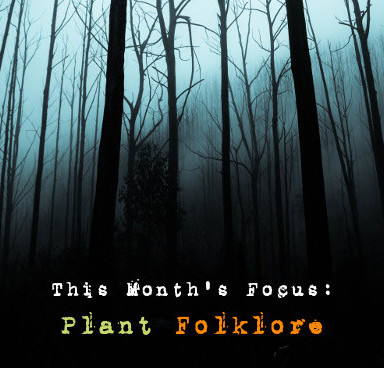